Fellow Svengoolie SvenPals everywhere will be jumping and howling for joy for his big broadcast of one of the definitive classic Universal Studios monster masterpieces.

The legendary Berwyn/Chicago-based monster film host will present his big broadcast of “The Wolf Man” (1941), this Sat.; July 18 at 8 p.m. Eastern/7 p.m. Central on Me-TV.

The 1941 Universal classic werewolf monster-thriller masterpiece was directed by veteran director George Waggner.  In addition to his numerous feature film and television productions throughout his directorial career, Waggner also worked on episodes of the Twentieth Century Fox (Twentieth Century Studios)/ABC live-action “Batman” TV series adaptation with Adam West and Burt Ward from 1966-67.  The screenplay for Waggner’s Universal production of “The Wolf Man” (1941) was written by veteran science-fiction author and screenwriter Curt Siodmak, who also worked on screenplays for numerous Universal monster/thriller/sci-fi productions, including “The Invisible Man Returns” (1940), “The Invisible Woman” (1940), “Invisible Agent” (1942), “Frankenstein Meets the Wolf Man” (1943), “Son of Dracula” (1943), “House of Frankenstein” (1944) and “Curucu, Beast of the Amazon” (1956).

Lon Chaney Jr. with his pet dog, “Moose” during a filming break for the 1941 Universal production of “The Wolf Man.”

According to details from the Rondo Award-winning supplemental booklet for Universal’s “Universal Monsters: the Essential Collection” Blu-Ray set; “The Original House of Horror: Universal and a horror legacy,” it was noted that during the werewolf encounter/fight scene with the junior Chaney’s characterization of Larry Talbot in “The Wolf Man,” the “wolf” was Lon Chaney Jr.’s real-life pet German Shepherd dog.  According to the 2010 Universal supplemental retrospective documentary, “Pure in Heart: The Life and Legacy of Lon Chaney Jr.,” the junior Chaney’s pet dog was named “Moose.” 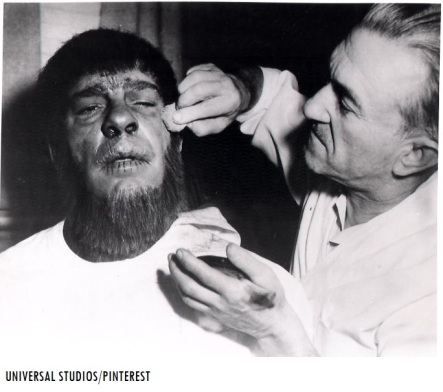 Pierce applied multiple layers of yak hair were blended with a curling iron for the junior Chaney’s transformation from Lawrence “Larry” Talbot to the “Wolf Man” monster; along with a foam rubber/latex combination-based nose that was designed by make-up assistant/propmaker Ellis Burman, according to details from the 2008 Universal retrospective supplemental documentary, “He Who Made Monsters: The Life and Art of Jack Pierce.”

“The Wolf Man:” Released as a double-feature presentation by Universal with another horror-thriller production in several markets

“We’ll haunt you if you don’t see the ‘Double-Terror’ show!” Customized cutout “ghost” lobby advertisement for the Universal double-feature screening of “The Wolf Man” (1941) and “The Mad Doctor of Market Street” (produced in 1941, released in 1942) at the now-defunct Schine Paramount Theater in Syracuse, New York (ca. March 1942).

Universal decided to release “The Wolf Man” (1941) with another horror-thriller production in several theatrical markets with “The Mad Doctor of Market Street” (produced in 1941, released in 1942), with Una Merkel, Lionel Atwill and Nat Pendleton), according to the March 1942 issue of Motion Picture Herald.  For the aforementioned Universal double-feature release, a spook “ghost” lobby display was created for the double-feature screening at the now-defunct Schine Paramount Theater in Syracuse, New York.

For the double-feature screening “The Wolf Man” and “The Mad Doctor of Market Street” at the now-defunct Etna Theater in Etna, Pennsylvania; an uncredited actor wore a “Wolf Man” head mask throughout the streets of Etna with an advertising banner promoting the Universal double-feature presentation; according to the June 1942 issue of Motion Picture Herald.  The Etna “Wolf Man”/”Mad Doctor of Market Street” double-feature promotional tie-in was presented in conjunction with Wolf’s Head motor oil products, with a contest giveaway prize of a drum of Wolf’s Head motor oil for an Etna cinema audience member. 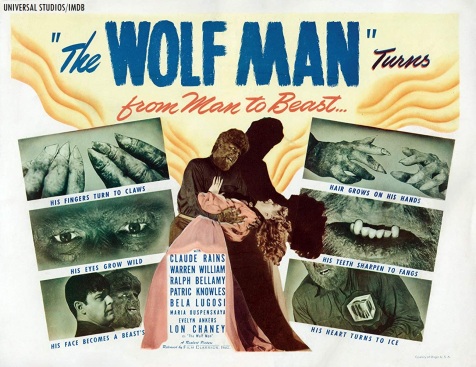 Svengoolie presents his big broadcast of “The Wolf Man” (1941) with Lon Chaney Jr.

Join in on the fun by live-tweeting, relaxing and having fun with the entire crowd of fellow super SvenPals everywhere via Twitter during #Svengoolie’s big broadcast of “The Wolf Man” (1941), this Sat. on the airlanes of Me-TV!

Extra! Extra! Extra!  Limited quantities available for purchase!  The official Svengoolie/Me-TV Sven “at-home” box/activity gift box set is still available for purchase through the official Sven/Me-TV online store site! The Sven box comes with a Sven three-dimensional cube puzzle, a Sven mini “magic doodle” sketch keychain to draw Sven and/or Kerwyn, a set of Sven playing cards, the Sven “fun putty” egg (“crack me up!”), a Sven plastic spring toy known as the “Svenkie,” the 100-piece Sven “It Came From Berwyn!” puzzle (in the style of Sven’s poster and Sven’s official classic “It Came From Berwyn!” WCIU/”The U” and Me-TV tees), the Sven “squishy bat” stress reliever (not connected to “Ed the bat”), Sven microwave popcorn  and a 16-page Sven word jumble puzzle/crossword puzzle/”Svendoku” sudoku/joke/maze/trivia book!   A perfect gift!  Many fellow super SvenPals from coast-to-coast have ordered their Sven boxes from the official Sven/Me-TV online store site and have confirmed that the limited Sven boxes are on the way! Again, quantities are limited; if you haven’t ordered yours yet, now is the time to purchase yours before supplies run out!  And to quote the official rule of the Sven/Me-TV online store, “no personal checks!” And only purchase authentic/official Sven & Me-TV items from the official Sven/Me-TV online store! –C.H.

Here’s the recording of the live virtual reading of “#Plan9FromOuterSpace,” featuring me as #Vampira, @grifdean as Bela, @steelydamnnn as Eros, and many others who aren’t on Twitter! #EdWood #Svengoolie https://t.co/DycDQJ3IKT

Extra! Extra! Extra! Fellow super Svengoolie SvenPal  Jamie Lee’s archival/pre-recorded editions of “Jammin’ with Jamie” are playing in rotation on the airlanes of Northwestern University Radio/WNUR-FM 89.3/FM 89.3-HD1 in the greater Berwyn/Chicago listening area, WNUR.org and the TuneIn platform from coast-to-coast, around the world and throughout the universe!  Again, stay tuned to Jamie’s official Twitter site and/or Jamie’s official website for updates and additional information in connection to “Jammin’ with Jamie!”  Again, fellow super Svengoolie SvenPals/fellow super jammers can also listen to archival/pre-recorded editions of Jamie’s past  “Jammin’ with Jamie” programs (2016-present),  additional details/information can be found via Jamie’s official Twitter site and/or official website!  And again, be sure to help out one of Jamie’s friends by donating/spreading the word to help offset costly medical costs! –C.H. 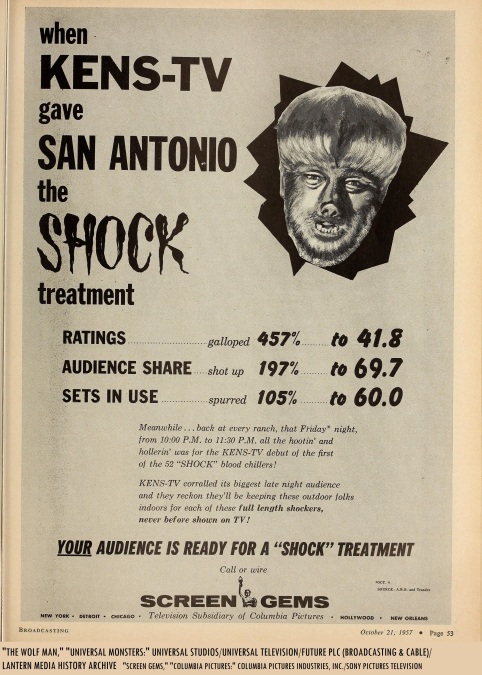 Questions/comments about “Svengoolie” and/or his big broadcast of “The Wolf Man” (1941) with Lon Chaney Jr.?  Drop a line in the comments section!