“It’s the pictures that got small.”  “Without me, there wouldn’t be any Paramount studio.” “Allright, Mr. DeMille; I’m ready for my close-up.”

Fellow classic film enthusiasts from coast-to-coast will be interested in an upcoming re-release of one of the definitive Billy Wilder film classics.

Turner Classic Movies, in conjunction with Paramount Pictures and Fathom Events will present the coast-to-coast revival screening of Billy Wilder’s “Sunset Boulevard” (1950) in select cinemas on Sun., May 13 (Mother’s Day) with an encore screening on Wed., May 16 at 2 p.m. and 7 p.m. (local time).  This is part of the network’s “Big Screen Classics” series of vintage feature film revival presentations.

The screenplay for “Sunset Boulevard” was written by Wilder, Charles Brackett and D.M. Marshman Jr.

END_OF_DOCUMENT_TOKEN_TO_BE_REPLACED

The Weinberg Center for the Arts will be bringing back another vintage film series for silent film lovers during the venue’s 2016-17 performing arts season. 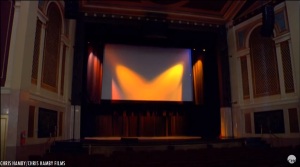 Inside of the Weinberg Center for the Arts (the former Tivoli cinema) in Frederick, Maryland.

Back to the Tivoli: The Weinberg Center’s “Silent Film Series”

For fans of silent film in the Frederick area and beyond, the historic cinema house (formerly known as the Tivoli Theater) will be showcasing a series of vintage Hollywood silent films from the 1920s.

All silent films in the series will be accompanied by organist Michael Britt, who will play on the theater’s “mighty” 1926 Wurlitzer organ.

From horror to slapstick comedy and drama, there’s something for everyone during the Weinberg Center’s silent film showcase! 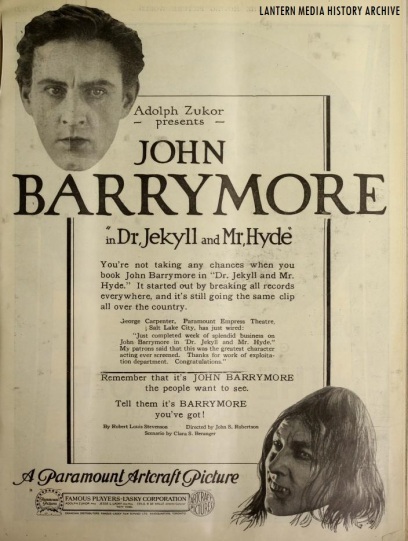 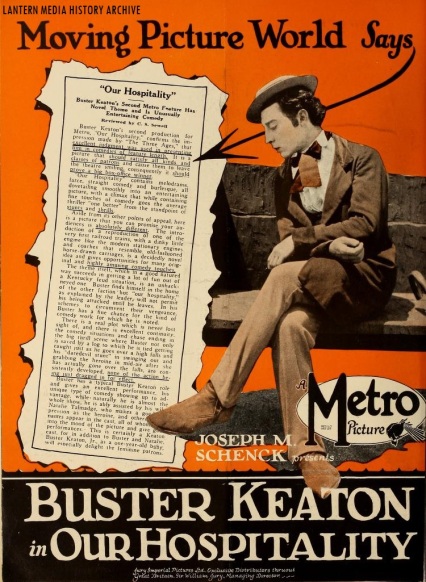 Sat., Nov. 26, 2016 at 7:30 p.m.: “Our Hospitality” (1923), directed by Buster Keaton and John G. Blystone, featuring Buster Keaton, Natalie Talmadge and Joe Keaton.  This was one of the earliest groundbreaking comedies featuring the “great stone face.”

END_OF_DOCUMENT_TOKEN_TO_BE_REPLACED

1935 MGM trade ad for “A Night At The Opera.” The classic Marx Brothers comedy will be part of Turner Classic Movies’ “Ouch! A Salute To Slapstick” showcase

Turner Classic Movies will kick off the month of September with a selection of 56 vintage and modern slapstick comedies on Tuesday and Wednesday evenings throughout the month of September, hosted by comedian Greg Proops.  The network’s on-air festival is titled “Ouch! A Salute to Slapstick.”

Each week will be divided into different time periods of the slapstick genre, starting from the silent days and ending with more modern comedic box office features.  Here is a sampler of what films will be shown on TCM:

The network has partnered with Ball State University and Canvas to offer a free online course devoted to enriching the art and science of slapstick comedy (and the people that were involved with slapstick).  The free course is being taught by Richard L. Edwards, Ph.D., the executive director of Ball State’s iLearn Research program.

The Ball State course began at the end of August , and will end in early Oct.

If you are into vintage and current comedy flicks, you will not want to miss TCM’s “Ouch! A Salute to Slapstick Comedy.”  It is highly recommended for fans of classic cinema comedy and for those who have never been exposed to the fine art of slapstick.

Happy Labor Day from the writer of “Silver Screen Reflections!”  Questions/Comments?  Drop a line at the comments section!

SIDEBAR (For all posts): The author of this site does not endorse any WordPress political advertisements.